For our GoodFood Canada review, we collected and analyzed extensive data on this company, looking at both information from GoodFood themselves as well as reviews from their customers. Our team members have even personally sampled a month’s worth of GoodFood meal kits to ensure that this GoodFood Canada review is as accurate as possible.

GoodFood’s products can be directly compared to those from  Hello Fresh, which is GoodFood’s primary competitor. While both companies are fairly similar to each other, customers that have tried both meal kits report that GoodFood portions are slightly smaller while their average prices are marginally higher. To help understand how GoodFood stack up against other Canadian meal kits, we’ve conducted a detailed side-by-side analysis of  Chefs Plate vs Goodfood and  Goodfood vs Hello Fresh

GoodFood Ratings by Our Readers
Cast your vote by selecting either button
Official website:
www.makegoodfood.ca
Plans for
Price ranges
$59.34 - $205.12 / week
$9.13 - $14.34 / serving
Pros and Cons
No exclusive promotions available via MKC

Our Top-Rated Alternatives to GoodFood

GoodFood meal kits are pretty reasonably priced, with the average serving costing approximately $11-15. One of the main benefits of GoodFood is their wide variety of meals with many low-carb options. The company advertises that all meals are carefully planned by a nutritionist. Like most other meal kit companies, GoodFood calibrates portion sizes to be the right amount of food for one filling meal without leftovers.

GoodFood commands the-second largest portion of the Canadian meal kit market share, and their delivery zones encompass over 95% of Canadian residents. Company revenues have climbed from $161.4 million in 2019 to $285.4 million in 2020. GoodFood Canada’s price points, menu variety, and healthy recipe options have helped them build and expand their customer base. GoodFood offers several plans that cater toward various consumer needs. For instance, their Easy Prep Basket is directed at customers who may not have the time and energy to prepare a more elaborate and tedious meal.

The company has seen its active subscriber count grow from 200,000 to 280,000 from 2019 to 2020. However, GoodFood has seen a fall in consumer confidence after many customers reported delivery issues and billing errors. Customers have expressed disappointment with unreliable deliveries and a lack of meaningful response or compensation from support. This mixed record reflects a company with many pros and cons, which this review will discuss in detail below.

Goodfood (sometimes referred to as “Make Good Food” because of their commercial on TV) is headquartered in Montreal, Quebec, and recently opened up an additional hub in Calgary, Alberta. They now employ over 3,000 people from coast to coast and deliver over one million meal kits every month.

GoodFood was established in November 2014 when Jonathan Ferrari and Neil Cuggy started the business from the former’s Montreal home. Ferrari said in an interview with Montreal In Technology: “I loved to make my own meals. I loved to cook, but I never had enough time to think about how to plan my meals, how to get everything together, and how to have a grocery delivery option that made sense for me. So the inception moment was even before starting the business, it came out of my own personal needs and trying to think of a product that could be tailored to those needs.”

GoodFood has developed a unique way to give back to the community. For every box of food purchased by a customer, the company donates a meal to a child in need. The company has benefited from using this marketing tactic to drive sales.

GoodFood delivery is available in Alberta, British Columbia, Manitoba, New Brunswick, Nova Scotia, Ontario, Prince Edward Island, Quebec, and Saskatchewan. The company claims that they can deliver to every major city on both coasts and in the middle of the country.

However, customers have complained that this is not always the case and that they had been let down by GoodFood’s service. Maureen O, a MealKitsCanada reader in North Vancouver, said that her GoodFood delivery was severely delayed and then canceled with no explanation. She reported that despite giving clear delivery instructions in her easily-accessible neighborhood, and reaching out to customer support several times, GoodFood still failed to deliver the meal kit.

GoodFood offers five main subscription dinner plans to choose from. In addition to their traditional plan, GoodFood offers meals for kitchen beginners who just started learning how to cook, meals for those people who prefer a low-carb diet, and meals for vegetarians.

Customers report that GoodFood boxes are well packaged with clear recipes and easy-to-follow directions. Many customers praise the variety of meal options available from GoodFood. In addition to dinner recipes, the company sells breakfast items such as smoothies, oat bowls, granola, pancakes, pastries, and coffee.

This traditional meal kit option comes in both vegetarian and non-vegetarian options, and the menu includes several different types of meals. Some of them are easy to prepare, and some will require more time to cook, especially for more inexperienced chefs. This box may include up to four recipes for two or four people per week.

This plan has everything a family will need for dinners up to four times a week. Every meal automatically comes with four servings, but customers can select how many meals they want each week. Recipes are designed to be kid-friendly.

This plan is oriented toward people who are completely new to cooking. These meal kits are meant to be box-to-table in 15-20 minutes. Customers can select a low-carb or regular option and order two or four servings of two, three, or four meals per week.

This GoodFood box contains all low-carb meals that can be ready in 15 minutes or less. These include pork chops, grilled chicken, and shrimp scampi, among others. Customers interested in the Clean15 can order two or four servings of two, three, or four recipes per week.

GoodFood is one of the first meal kit delivery companies that started offering vegetarian plans to their customers. These dishes include creative ways to avoid animal-based products in one’s diet. The price per serving is less than $10, and customers can order up to three recipes for two or four people per week.

GoodFood has extensive lists of recipes for a variety of palates. One of my favorite GoodFood meals is the chicken thighs with parmesan fries and salad! These were not too difficult to cook and all the ingredients were fresh, carefully measured, and well-packed. The raw ingredients successfully survived a few days in my fridge before I started cooking this meal.

Here are some of the other GoodFood recipes that we’ve tried to give you an idea about what GoodFood will bring to your table.

To help clarify GoodFood’s confusing fine print, our team has laid out the most essential information that customers could want to know before spending their money.

Regarding delivery procedures, every GoodFood box is insulated to keep the items fresh for 24 hours after your delivery arrives. It is recommended to unpack it as soon as you get it and store all the items in the refrigerator until you are ready to cook. A new box will be delivered weekly unless the subscription plan is paused or cancelled. 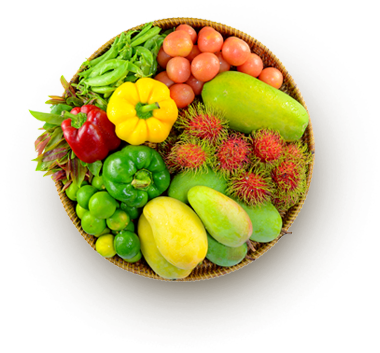 GoodFood is fairly flexible in terms of plans and menu. Customers have five plans to choose from, and each plan has a wide variety of meals. It is also easy to switch between plans whenever needed. Customers will receive their GoodFood delivery weekly, but if they need to skip a week, they can always do so through the GoodFood website. However, in order to cancel a subscription, customers must either call or email customer support. This can be inconvenient and time-consuming. Unfortunately, GoodFood customers have widely reported experiencing problems with the company’s support platforms. GoodFood has significantly more negative reviews than average, and the company receives twice as many complaints regarding non-responsive support and billing errors compared to similar meal kit companies. This suggests that even though GoodFood has set up different interfaces for customer support, the company is not paying enough attention to the concerns of the actual people buying meal kits.

The GoodFood website is decently user-friendly. After signing up, customers can log in and start customizing their menu. In the event that something goes wrong, clients can get in touch with GoodFood customer service via phone at 1(855) 515-5191 or send them an email at chef@makegoodfood.ca. GoodFood has Facebook and Instagram accounts to communicate with customers via Messenger or Direct. Online chat is also available.

Unfortunately, GoodFood customers have widely reported experiencing problems with the company’s support platforms. GoodFood has significantly more negative reviews than average, and the company receives twice as many complaints regarding non-responsive support and billing errors compared to similar meal kit companies. This suggests that even though GoodFood has set up different interfaces for customer support, the company is not paying enough attention to the concerns of the actual people buying meal kits.

What happens if I’m not at home when GoodFood delivers?
Like with almost any other package, GoodFood can simply leave the food on the customer’s doorstep. Other options include having a neighbor accept the package on your behalf, having the food subscription box mailed to a workplace instead of a residence (it will stay cold for over 24 hours at room temperature), or asking a local business to accept the package and then hold it for pickup.
How quickly do I have to get my food in the fridge?
GoodFood boxes are designed to keep food cool for 24-48 hours. Very few customers report that they have had meat spoil due to lack of cooling upon delivery. Food is guaranteed fresh for the week following delivery, though fish and seafood are meant to be cooked in the first three days. Food can be frozen in the event that the customer cannot or does not want to prepare their meals on that particular week.
Can I skip a week?
Yes, customers can skip a week by logging into their GoodFood account online and navigating the website to the “skip a week” page.
Where does GoodFood deliver?
Right now, GoodFood delivers to Nova Scotia, New Brunswick, Prince Edward Island, British Columbia, Alberta, Manitoba, Quebec, and Ontario.
Is GoodFood produce pre-washed?
No. GoodFood produce typically arrives unwashed and may still have dirt or pesticide on its surface. It is critical to thoroughly wash all vegetables before beginning to prepare the meal.
Does Goodfood Support Local Produce and Farms?
GoodFood is committed to keeping their food kits as local as possible, given the realities of Canadian winters. In the summer months, Goodfood reports that 80-90% of what comes in their food subscription box is raised or farmed in Canada.

GoodFood is the only Canada-wide meal prep delivery company owned by Canadians. The company has an extensive menu of diverse options, but the expenses from this menu variety are passed onto the consumer in the form of slightly higher prices when compared to their competitors. GoodFood portions, particularly the proteins, also tend to be a little smaller than those of other leading meal kits. Nevertheless, GoodFood customers benefit from the flexibility of the company’s meal kit plans and the wide variability of dishes.

We hope that our GoodFood review helped you make the right choice. If you’re interested in learning more about this company, you can visit their website and see their meal options for yourself. If not, you can read our other overviews of Canada’s best meal kits.

No exclusive promotions available via MKC

Overall rating 75.3%
Updated on Aug 01, 2021
Company Reputation
Plans and Meals
Delivery and Flexibility
Support and Usability
Not Available via MKC

You have three vegetarian meals per week to choose from

Not Available via MKC
Click here to view alternatives